Inspired by a blog post, I wanted to start tracking my household’s electricity usage. A quick trip to Amazon and $30 later, I had my own rtl-sdr device. I like rrdtool’s graphs though so I used that for the data storage and graphing.

The source code is on GitHub. One interesting though about the meter is that it reports in decaWatt-hours. Mine appears to consistently update its total every five minutes. It does not happen precisely every 300 seconds but in the 300-330 second range. 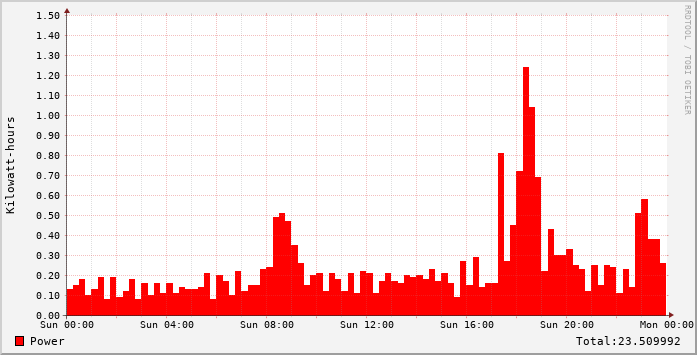 The usage is noisier than I thought when not running a large appliance such as the oven or (electric) dryer.